I’m excited to announce that the Disney World version of the RideMax app  for both iOS and Android now supports the use of Genie+ and individual Lightning Lane reservations when you create your RideMax plans. This post dives into the details.

The Disneyland version hasn’t shipped yet, but we expect to have it available soon (Disneyland plans assume standby-only for now).

I’ll cover the highlights of the app update here, but if you’re already a RideMax subscriber (or you just want to play with the user interface as a guest user), you can download the updates from the following links:

iOS version for iPhone and iPad

Above is the new “Create RideMax Plan” screen, which gives a high-level overview of the options used to create this plan. Note the new “Genie+ Lightning Lane” section at the bottom. 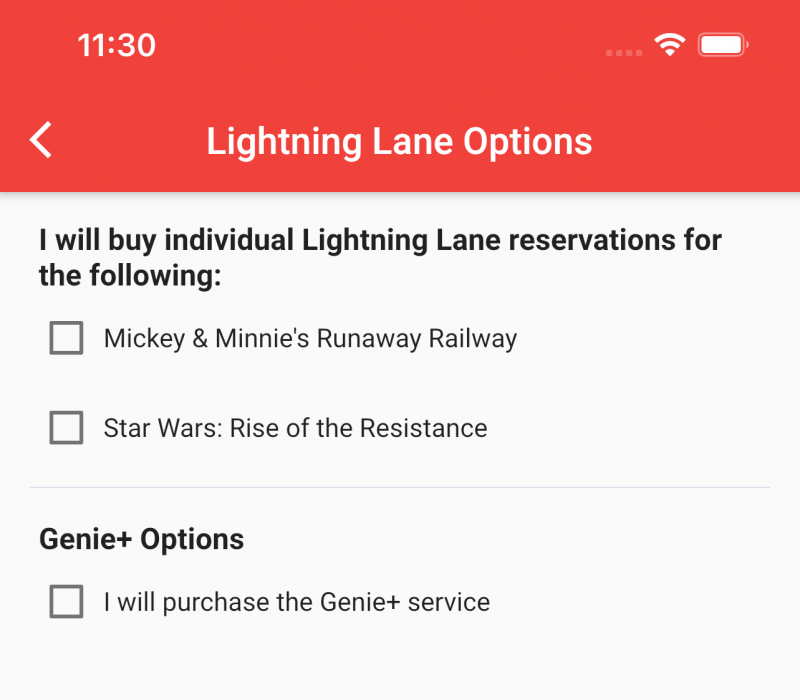 Clicking on that Genie+ section brings you to the screen shown above. Here, you can tell RideMax if you’ll be using individual Lightning Lane reservations and/or Genie+ for your visit. 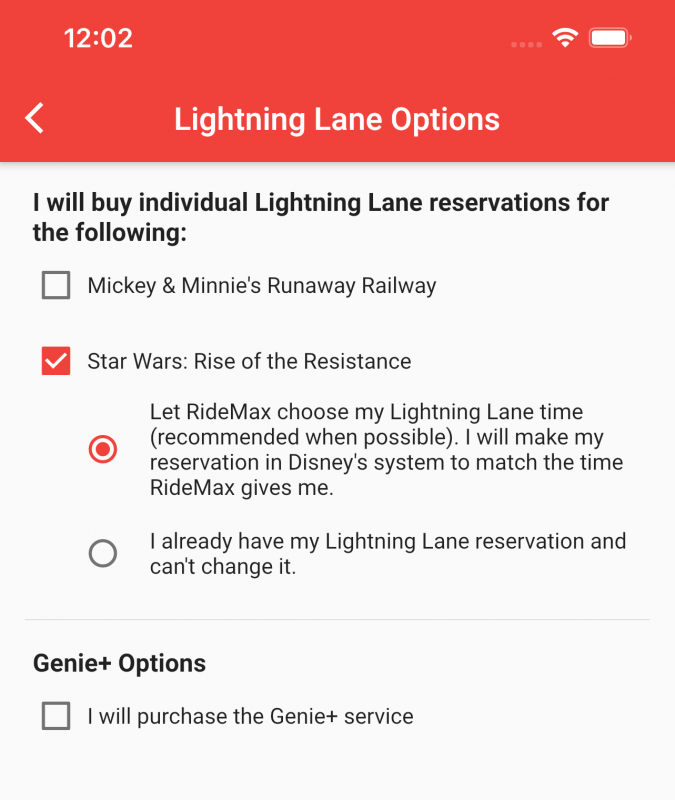 Above, we tell RideMax that we plan to use a Lightning Lane reservation for Rise of the Resistance, and we’ll let RideMax choose our recommended time slot. 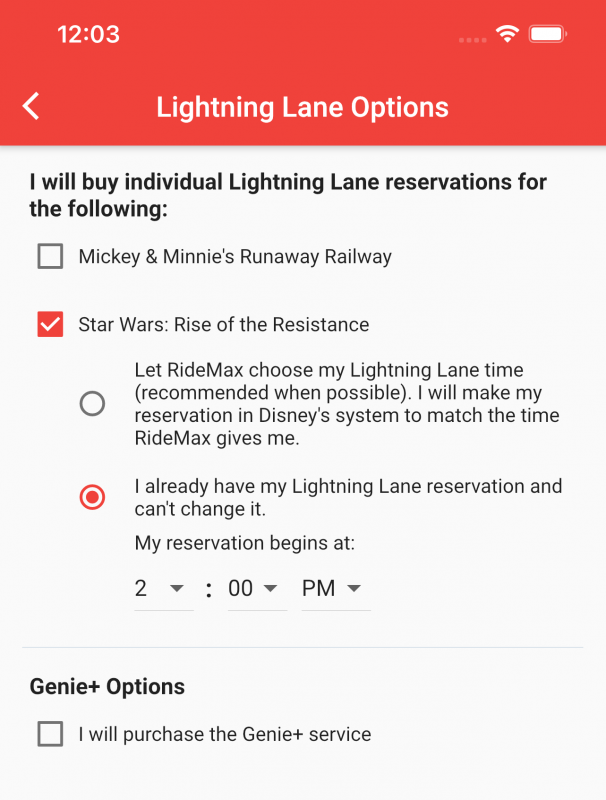 Allowing RideMax to choose our time slot for us requires us to try and match that time when we make our reservation in Disney’s system, and could result in less walking and/or waiting overall. If we already have a reservation and can’t change it, we can tell RideMax when our reservation begins, as shown above.

That basically covers the use of the paid Lightning Lane in RideMax plans. 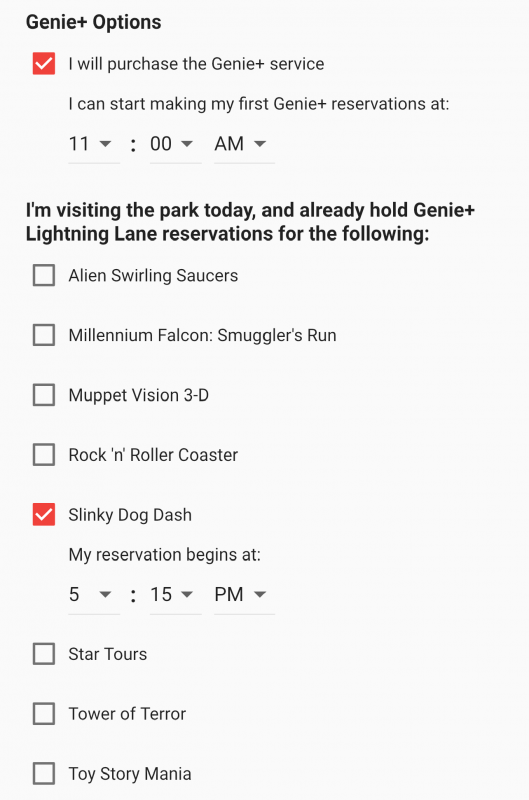 Next up is the checkbox at the top of the image above, where you can tell RideMax you plan to use Genie+. Once you check that box, you see the expanded options shown below it.

Here, you can tell RideMax when you’ll be able to get your first (or next) reservation, as well as if you already hold Lightning Lane reservations and what time those are set for. This allows RideMax to incorporate these existing reservations into your plan.

The screen above shows what this might look like if you jumped out of bed bright and early on your Hollywood Studios day and at 7:00am sharp made that all-important reservation for Slinky Dog Dash.

Note also that since we were successful in making our Slinky Dog Dash reservation, under Disney World’s Genie+ rules we’ll be eligible to make our next reservation two hours after the park opens, or at 11:00am in this case. So RideMax includes the ability to include that information as well, as shown above.

You can see a section of what the resulting plan might look like above. In this example, we’ll be using that Rise of the Resistance reservation at 2:05pm, and the plan also has mixed in the times at which it’s recommending we get and use any additional Lightning Lane reservations, with Star Tours getting into the action in this section of the plan.

Note that we’ve relied on our own estimates for when these Genie+ reservations would be valid (based on looking at a sample of historical data), but this is still just an estimate. I’d expect that you may want to re-run your RideMax plan as you go through the day, omitting the attractions you’ve already done as well as adding the *actual* time for any Lightning Lane reservations you’re able to make.

One caveat with this update is that it only applies to the iOS and Android apps. We prioritized these over the web version as we wanted to get something into the hands of the customers asking for this option. You’d still be able to view and print a plan in the web version with these options set, but you’ll need the app to set them in the first place.

Our priorities for implementing these features currently are: